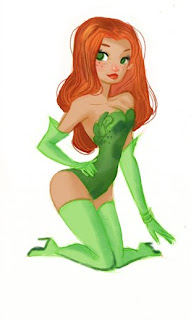 I always loved Redheads! Theyre so pretty and suductive, in a uniquely exotic way :) 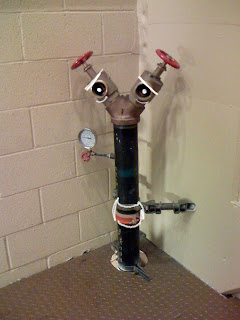 Totally Random, but I saw this guy at my local whole foods and thought it was pretty funny, we're all predisposed to see faces in things and this guy was totally a character when I looked at him!
Posted by victoriaying at 6:20 PM 19 comments: 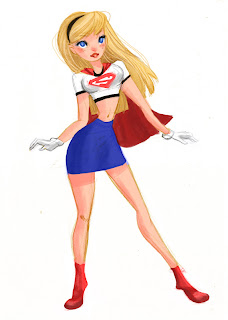 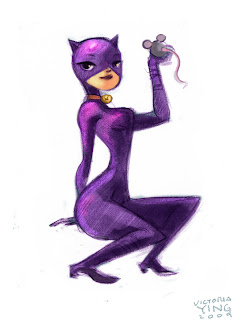 More Nerd Stuff! These have been pretty fun recently, I might try to do a couple more, maybe Batgirl and Poison Ivy.

I also got a pretty cool opportunity that most artists don't get. My dad flies and owns a few planes, recently he acquired one from WWII Called Nanchang Nancy, Apparently the Chinese made some planes for America during that time, and they were very good fighter planes. It's a little 2 seater war plane with a funny little pinup girl painted on the side of it. He asked if I wanted to paint a new one for him (he's always been very supportive of my art) So I'm gonna do it! I've got to do some research on what type of paint to buy, but it should be really exciting! I'll post up some sketches later this week perhaps. The one on the plane now is a chinese girl in a pseudo-mao communist outfit, she seems a little bored, so I'll try to remedy that :)
Posted by victoriaying at 11:01 PM 15 comments: 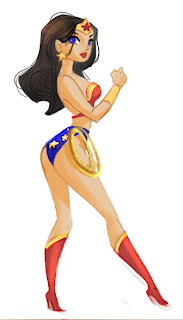 I've always been a real big nerd at heart, and the other day I thought about how fun it would be to illustrate some classic DC girls. I always sort of liked how Iconic they were compared to Marvel ;) And here is the most iconic of them all, Wonder Woman!
Posted by victoriaying at 1:40 PM 22 comments: 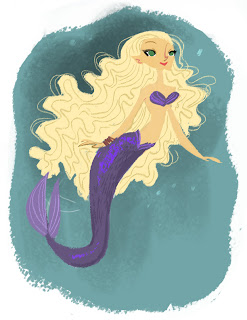 When I was a kid, I loovveedd Mermaids, I blame mostly the movie "The Little Mermaid" but they were one of the few things I could draw. When I was in day care other little kids would ask me to draw them mermaids and request hair color and tail color. I thought it would be fun to revisit those memories.

Go browse around for Prints! I hope to get more stuff in there sooner or later, but for now, just a couple of prints.

I hope you all had a great new years!
Posted by victoriaying at 9:33 PM 10 comments:

Rates are 120/character for watercolor or digital.
* indicates commission has been started
Currently CLOSED, will update when open again

Conventions I will be attending